I wouldn’t consider myself a brownie person. At all. and then I saw this recipe. And I thought… this needs to happen.

And then, as fate would have it, I received a little something in the mail… and all the pieces fell into place. All the lovely brownie pieces. 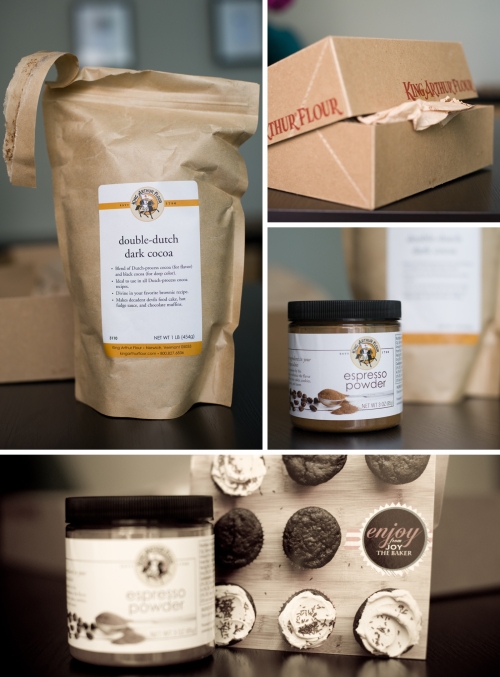 Now I’m not going to lie to you and tell you that I didn’t rip open this cocoa as soon as I received it. I’m not going to tell you that I didn’t inhale it’s deep bitter scent or dissolve it into oat milk with maple syrup and peanut butter. Chea. I went there. But that was just to test the chocolatey waters… I knew it’s main purpose would serve in these brownies. And man alive! It did.

On a side note, who else thinks of Willy Wonka’s river of chocolate whenever they drink hot chocolate? I kind of wish I was Agustus Gloop. That’s a fact.

Back to the present: Combining banana bread and brownies? It’s genius! It’s a match made in heaven. Though I took matters into my own hands and spiced up this recipe in a vegan-healthy living sort of way. I’m pretty sure anything with whole wheat flour is 100% good for you. no?

For the sake of this recipe I’m saying yes! Bananas, whole wheat, flax, walnuts and coconut oil… these are the things that health is made of! That, or it’s just what I tell myself after I eat three brownies in one day. Whatever.

Either way, I’m a brownie convert. And you should be too.

But look! Somehow, some WAY I managed to not eat any until after the pictures! And then I had one… and then I had two… and then… ya know.

this is what happens.

This here is what happens during photo shoots. A little ‘behind the baking’ for ya. Yeah, ok. So maybe my bare feet shouldn’t get so close to the brownies and maybeee I shouldn’t stand the ikea coffee table, especially when I question its structural stability. but whatever. I’m going with it…

Mix together! But not tooo much! Add the chocolate pieces and walnuts!

Grease an 8″ x 8″ pan and spread the brownie mixture (aka the very thick batter that is so thick you start to wonder if this will work at all.) (it will!)

Bake at 350* for about 15 minutes, slightly under cooked, but perfect since there is no salmonella-y risk. and also cause under cooked brownies are the bomb-diggity. and ALSO because they will firm right up if you prefer them cold from the fridge. 🙂

One thing I know for sure is that if I found one of those golden tickets in a bar of Wonka chocolate (and lord knows I would have. I mean just look at the number of chocolate bars I go though)… well, I would not have made it to the end of the factory tour.

Willy Wonka might call me gluttonous. The Oompa Loompas would probably sing a song about me.

I would be a goner. That’s another fact right there.