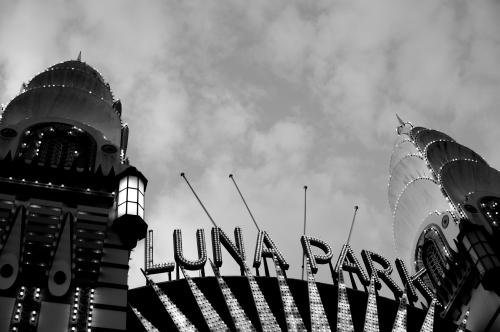 Sydney and I had a falling out.

To say that the relationship was strained would be an understatement. It began a couple months ago. I started to resent Sydney. I couldn’t understand it, why one city had to be so far away from my family. Toronto is my home and it always will be. I was angry at Sydney. I had a couple of tantrums during which I stamped my feet and I proclaimed that I wasn’t in love anymore. Sometimes you just fall out of love. It happens. My reasons were weak, but they were adding up; the cockroaches, the cold apartments, the untimely buses. It was all too much.

Sydney and I were on the outs.

And then as fate would have it, I had the opportunity to go home for a week. Just one week. It was not specifically to escape Sydney, I had family matters to attend to; but I think it was good to have some separation. It’s what every relationship needs once and a while.

So Sydney and I took some time apart.

But then I returned… And Sydney hadn’t let up. It was still a million miles* away from home which had become blatantly obvious from my 30 hour trek. True, I saw less cockroaches and yes, the apartment was warming up, but I still wasn’t convinced.

I still had feelings for Sydney, but they were confused.

And then one day I was on the ferry. I took a look around and I breathed in the salty ocean air. I looked across the harbour to see the bridge against a sunset sky and I thought “Hey Sydney, you’re not so bad.”

I had an overwhelming feeling of love. And I suppose sometimes that is all it takes. A little sea breeze and some perspective. From a ferry in the Sydney harbour. Because how many people get to take that perspective?

Sure, cockroaches run a muck in this city, but I’ll tell ya one thing; I haven’t seen one centipede scurry across my floor. And my nazi-like cleaning habits have been amped up in an effort to keep the cockroaches at bay.

And true enough, there is no central heating anywhere apart from the yoga room. So yes, my apartment is cold. But I brought extra sweaters back from Canada and for Christ sake… I AM Canadian. Come on Hicks, suck it up.

And… well the buses will never change. So I’ll start riding my bike.

And yes. OK. It’s a million miles away from Toronto, but a trip is a trip. No matter how long. If family comes first, which it most certainly does, then no amount of plane trips or dollars spent on flights will keep me away. In the grand scheme of things 30 hours is not the end of the world.

So Sydney, I propose a truce. I will stop resenting you if you promise work on that continental drift thing.

One response to “on the outs…”