My Oh My. It has been a while, hasn’t it? So many things have happened! And all while I was disconnected from reality. aka: the internet.

It’s been a rough couple of weeks, that much I can say for sure. And though I find it slightly embarrassing, my life is fully and most definitely reliant on the internet. I live on the OTHER SIDE of this huge world of ours and my family and I can only really communicate via skype and emails. On a side note: why are phone calls still SO expensive? I mean really… when we have unlimited internet for 50 bucks a month… who is the idiot who says that 1 minute of a phonec all costs 4 dollars. Someone should kick that guy.

Anyway, I have been trying my hardest to keep up with the Jones’ from free library internet while struggling with an ever increasing phone bill… which incidentally is actually from internet use (damn you ever-available internet). I have missed TV shows, I have missed skype dates, I have been tardy with my emails and I have been generally out of the loop. All this sucks, and yet I have re-introduced myself to books, cooking and using a computer that doesn’t have a wifi connection. It’s weird. What did I used to do on a internet-less computer? Play Minesweeper? Yep.

So I have yet to share my pictures from the coast, my birthday fun (I’m 25. uh… what?) and some other delicious activities such as PIE making.

Let’s go back. To coastal walks and an angry ocean.

For the celebration of my quarter century birthday, I decided I wanted to get back to nature. Get in touch with the great mother herself and spend some time with a couple of my closest friends.

We planned our meals, we packed our bags, we got on the train and we hiked to the coast, and then some.

A very angry ocean. An ocean that ripped off my bathing suit with one swift and knee buckling wave. I guess she wanted me in my birthday suit. well-played ocean. well-played. 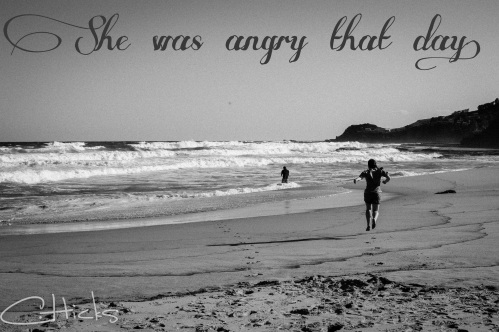 Our sweet and secluded camp-site.

An awesome tree in the middle of a field of shrubs.

My very own Bear Grylls.

Our gluten-free dinner. (the meat was omitted from mine) 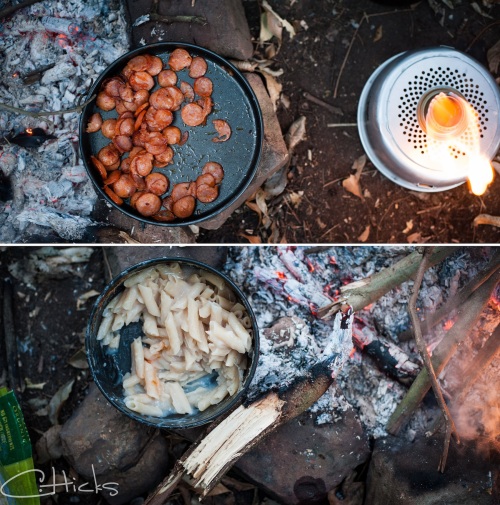 My very canadian friend in her very australian hat.

Various levels of excitement for the hike back to civilization.

My birthday was a couple days later… Too many pictures to post right now, but it was a good one. This weekend in nature was exactly what we needed to get away from Sydney, work and the general business of life.

You may have noticed in these images that I am experimenting with some new post-processing effects and a water-mark that I have yet to perfect. 🙂 New software = lots of new possibilities. Time to get amoungst it!